My Veterans Administration Medical Center, Place of Admiration and Memories

According to news reports 2 dozens or more of Veterans Administration Medical Centers (VAMC) are now under investigation for cooking the books on the patient waiting list. This has jeopardized the reputation of our government and thus far well liked four star general Eric Shinseki. Like any American I am following the news with an anxious curiosity and am eager to know what the full investigation reveals and what will the fallout be. Our president and all important leaders of both political parties are now involved in this fiasco for one reason or another. While I am not an insider of VA Hospital Systems and I am one of the myriad of free-lance private practitioners of this country, I still feel intimately connected with VA Health care system and I cannot sever my umbilical cord attached to this system, no matter how long I have been in private health care system.

It was in the summer of 1989, one beautiful Michigan morning, a new aspiring International Medical Graduate and an enthusiastic new immigrant joined the orientation meeting of a sprawling Veterans Administration Medical Center, in Allen Park, MI serving the thousands of veterans of greater Detroit area. Still in the spell of a culture shock and angst of a new medical intern, at the end of orientation, I asked the stern looking Chief Resident, “What is your expectation from me in the first few weeks?” His military style answer stopped me right on the track, “Everything from A to Z on each patient you follow!”.  Needless to say the answer that day only made me more apprehensive rather than soothing me, it later turned out that the military style Chief Resident was one of the kindest men I have come across in my life.

As in the next few days, weeks and months I came to understand VAMC better through my work and interaction, I fell in love with this institution. I loved the responsibility that medical interns got to do everything from blood draw to taking the patients in the shower in addition to the medical care. Interns and residents were everything: our freedom in medicine were limitless, we made decisions about small blood draw to major life threatening surgeries and procedures. I still remember the very first patient I had as a new admission. He was an elderly veteran from Battle Creek, Michigan who was transferred to Detroit VA for his shortness of breath. Our work up showed he had terminal lung cancer. He was still smoking, a WWII veteran, he used to tell me the stories of his days in war, catching his breath in between each word he uttered. In the midst of hard work, he was a good break for me every few hours when I could talk to him just for a minute or so; I have never seen another man like him who could smile so broadly in such a hunger of air knowing all well that his condition was terminal. He is the one who told me that during the war, they used to get free cigarettes and even booze.

Then we had a patient who was known as “Frequent Flyer” to us, meaning one of the patients getting admitted almost every month. He had alcoholic cirrhosis with a cunning sense of humor. After many years of frequent hospital visits and after volunteering himself for physical examinations by hundreds of interns, medical students and probably a long list of medical attending, he was by now an authority of alcoholic cirrhosis himself. He was the nemesis of any unfriendly medical intern or student in his perception and the best ally of any “friendly” medical intern and students because he had a tell tale sign of cirrhosis that is known to us as “Spider Angiomata” or spider vein hidden away on the left side of his back medically known as scapular area. It would almost have been diagnostic if one saw it, but the problem is that the vessel was located in such an elusive location that one had to be exceptionally through in physical examination and a very good observer at the same time. The professors or attending faculty doctors used him as a decoy to catch anyone who is trying to pass the exam in an easy way. But he was an easy victory for the ones who took the whole effort of a through medical exam or the ones whom he deemed friendly and humble, he would gently remove all his garments above the waistline and direct them to the left side of his scapula with a smile and prod, “Doc, take a look on the left upper side of my back, I have what you are looking for!”.  Bingo! The secret was unlocked to impress the professor or the attending faculties for that month since they took monthly turns to round the patient ward.

The VA that I knew of was a kinder, gentler place than what I hear of in the news media today. Of course in those days, we did not have the sudden surge of veterans of two foreign wars as of now to overwhelm the system. Our veterans stayed in hospital as long as they wanted to and many a times they got admitted and stayed there for what we called “Social Reasons” rather than medical reasons. I remember in the slow days, at times I met my patients in the VA cafeteria and had a quick lunch with them while they enriched me with their stories of war or peace time experiences. What surprised me as a new immigrant who had an idealized vision of my dreamland America was that so many of them were homeless, jobless and even carless. For many veterans the only mode of coming and leaving the VAMC of Allen Park was by the VA bus which used to commute twice a week from city of Detroit to the suburb of Allen Park. As a result, our services always used to be burdensome with so many “well patients” in addition to “sick patients”. But as a matter of law, we had to round on anyone and everyone on the service and present him to the attending faculty and write a detailed note on their chart. At the very onset of my internship and residency training many “veteran” medical trainees of the VA warned me already that it is natural to be overworking and getting overwhelmed with “well patients” since they will not be leaving the hospital until the bus gives them the ride back.

As opposed to what I hear in today’s news media, we were encouraged to keep patients in and keep them there as long as it was needed “for them”. We were reminded of this by the faculties and administration in no uncertain terms. One winter day, the medical staff had a meeting with the chief administrator of this VA, one of the largest one in Detroit area. He told us in no uncertain terms that we should admit the veterans as much as we could and keep them in the hospital as long as it is needed. He also had a good reason to say this because the “funding” of the individual VA hospitals depended on the census as he explained. This lead to inevitable high load of patients for each intern and medical students and lead to a very high number of patients we were rounding on everyday and writing notes on. But necessity is the mother of invention that is what this new enthusiastic immigrant had to do to keep the “well patient” load down to take care of my “sick patients”. Since the only way for many veterans to leave the hospital was by the bi-weekly bus, which had limited accommodation at times, the well patients remained in the hospital swelling the load of patients which at times interfered care of the sick ones. To alleviate this problem, I started a voluntary ride service for the veterans myself. Every evening when I am not on call, I would let one or two veteran who is ready to go home to pack up things and be ready. And on way back from work, I would give them ride back at home. My voluntary ride service took me to all the poor suburbs to the heart of Detroit’s dilapidated downtown. I was appalled to see how the veterans of our nation were living, especially the ones who were seeking care in the VA system, quite a significant number of them were virtually penniless living in the broken down boarded houses and high rise apartment complexes where the weeds have been overgrown and sidewalks have been broken down. Some of them dangerously close to abandoned factories where giant rusted machines were still hanging from the top looking like it can fall any time and some of them even close to what looked like long ago industrial wastes. It was terribly depressing and I always felt like I could never leave a third world country, even if I had wanted to, it had followed me.

But this frustration and fear of not moving forward in life on the part of this immigrant was always transitory and as soon as I came back to my work, I had great treat waiting for me all the times. That is the generosity of the veterans, they always smiled and laughed and were ready to give consent to anything that is necessary medically without asking too many questions. Not that I looked very authoritative and wise, for lot of them asked my age as we got into the conversation, but I believe that it is not the habit of veterans to question the authority but to follow the command. It was a heaven for any medical student or intern willing to learn. Veterans were always welcoming, they never put anyone down because someone was student or “just an intern” or fresh out of medical school. They were not worried about the “experiments” by the health worker trainees as we had often heard in the well to do suburbia hospitals and their patients.

After spending several months of my internship times in the VA, I always went back there for training every year for next six years, I even chose my bench research in Veterans administration.  Looking back from the private practice perspective in the affluent suburbia of Texas, where I am equally happy and where I have materialized my American Dream, I have everything material as a physician I could think of, I have to say even spiritually I am happy. In the midst of plenty in the medical practice still I miss something that makes me nostalgic for old days: that is my days with the veterans in the Veteran Hospital Medical Center, in Allen Park, MI. Over the decades the contribution of Veterans systems of health care in the education and research of medical field is unfathomable and the whole nation and humanity had benefited out of it. It is a place where a great many brilliant and dedicated health professionals have found their calling.

Physicians, Let Us Practice What We Preach 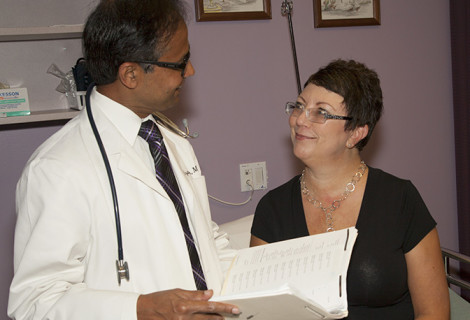 Medicine, Storytelling and Art of Listening: Listener Physicians in Need 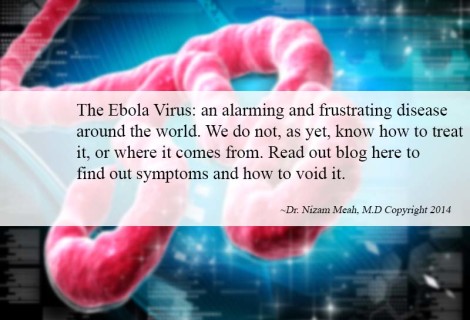 Schedule your appointment today. We look forward to seeing you!

Schedule Your Appointment
Copyright © 2019 The GI Center. All Rights Reserved.